RECONSTRUCTION AS AN AXIS OF OUR POLITICAL PRACTICE

Given that the traditional social and organizational fabric was broken, and that our territory and livestock were lost, the ecological balance was broken, the use of our language was diminished, and attempts were made to extinguish our cultural and spiritual practices through all kinds of impositions. Therefore, the current challenge for the reconstruction of our nation goes beyond the problem of ownership of land and its "resources".

In this context, PuLofMapuXawün or Mapuche Territorial Alliance (ATM), is one of the organizational expressions that seek to contribute to this restoration process as a people. Thus, ATM is not conceived under a Chilean-Western logic or rationality, we are not a legal entity, and we are not part of any political expression that is not aligned with our reconstruction process. The ATM is a meeting point in the ways in which our ancestors talked to make decisions collectively.


MAIN COMPONENTS OF THE RECONSTRUCTION PROCESS

Here is brief description of the main elements that are key to our existence and to the work that we do as ATM today:

Replacement of the flag 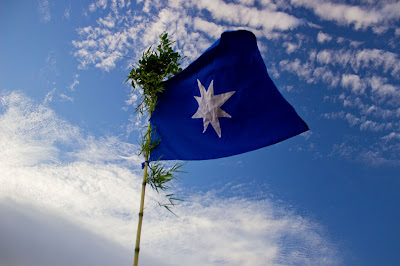 We use the wüñellfe or unelfe and an ancestral identity symbol that our ancestors raised, especially our last leaders in times of independence, such as: Mariluan, MagilWenu and Kilapang. This symbol was taken up as our expression of resistance in the first decade of this century. Today it is considered the “flag of resistance." Its meaning is “to guide”, “the first one”, “ the leader.”

The environmental fight in defense of the Ixofillmogen 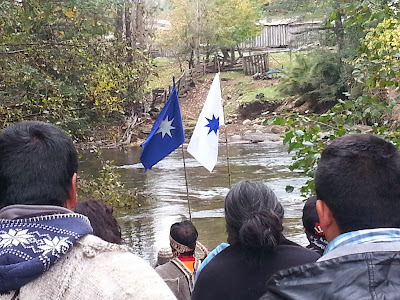 As we will explain later, this is a field that is not sufficiently visualized in the Mapuche social struggle. For us, this is at the center of our actions, because our defense is for life. In contrast to the imposed development model that pursues the extraction of "resources" and trades the land as a   "commodity" at any price (assassinations, political prison, persecution and criminalization, etc.); the Mapuche model understands that rivers speak, mountains dialogue, thunder and birds communicate ... There is also an ecological-epistemological conflict, of forms and models of life, of spirituality and mode of relationship with the land that should be visible and known. This is because fighting for water and ecological balance goes beyond any type of border and arbitrariness imposed by the powerful.

Defense and recuperation of territory 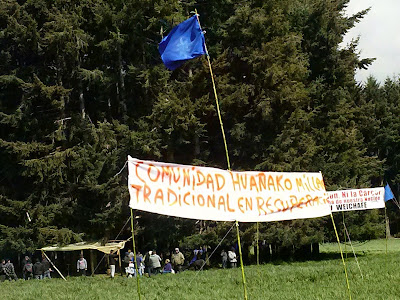 A nation without territory runs the risk of disappearing. Therefore, it is a priority to advance in the recuperation of territory under the mechanisms that each community considers appropriate. ATM does not disqualify any of the strategies utilized. More so, we focus on supporting the distinct identity maturation process that each community is living. This includes giving value to the advances in the protection of "lands currently recognized by the State" as a product of the Mapuche social struggle in recent times. 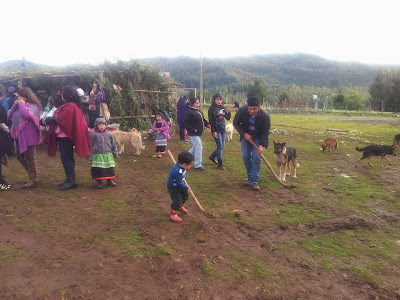 The Mapuche social and cultural base is in the territories articulated in the Lof as a fundamental organizational unit. From there, we promote the constant formation of young people, boys and girls in the cultural and political roles that are required for the future, from our own cultural matrix and reflective rationality (rakizuam). This implies the practice of our language in connection with Mapuche spirituality in order to remain linked to the Mapu. From these practices we can give continuity to the reconstruction process, guided by our elders, but with a clear renovating purpose in the conduct of the general process.

The practice, recovery and revitalization of our language

This is done fundamentally through practice, both in the spaces of communication (meetings and encounters) and in the intercultural and contact contexts.

Revitalization of our cultural practices 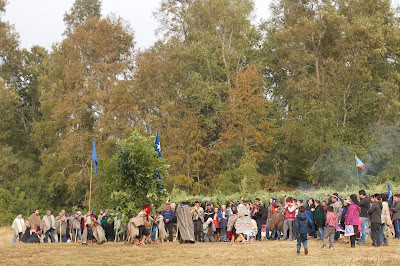 In each of the components described and their form of materialization, there are procedures and protocols that are regulated by the Mapuche culture. 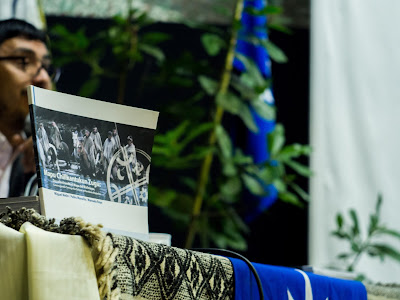 One of the lines that we have been promoting in the framework of this contribution on behalf of the ATM to the reconstruction process is related to the need to assume writing as a liberation tool as long as its use has that purpose. This implies looking for written approaches from and not towards the Mapuche in different spheres of knowledge such as individual rights (azmapu), territory and its representation from the perspective of self and language, among others. 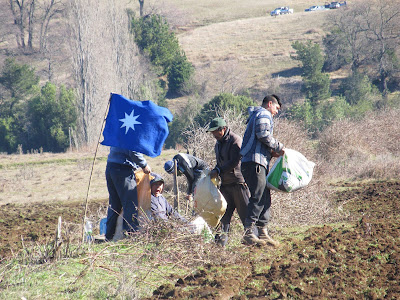 Various Mapuche territorial expressions have been contributing to the recovery and control of their own territorial spaces which have been disputed with the latifundio and big forestry business. These are advances that emerge both from material need and survival as well as from the political maturation of our people in today's context.

Restructuring of the Mapuche organization logic

This means the overcoming of organic expressions based on the Western development model and the search for strengthening of the Mapuche consensus mechanisms. The idea of Democratic Confederation approaches the traditional Mapuche political organization of our ancestors. However, that forms part of a reflexive maturation process of a collective nature and not the illuminist agenda of any particular actor; only that will lead us to the possibility of specifying our autonomy as a people.

Claiming the figure of the Mapuche Political Prisoners 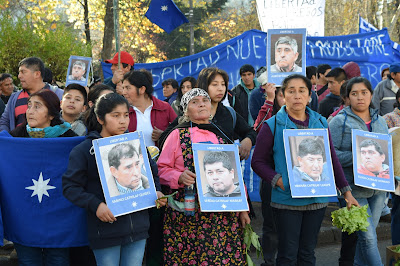 Given the context of criminalization and persecution that exists as a result or consequence of the aforementioned, Mapuche social fighters are imprisoned as common criminals, many of them are traditional authorities of our people. We emphasize the form and political nature of his imprisonment. 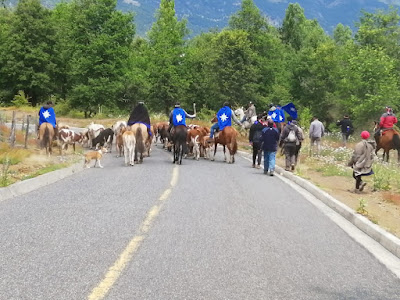 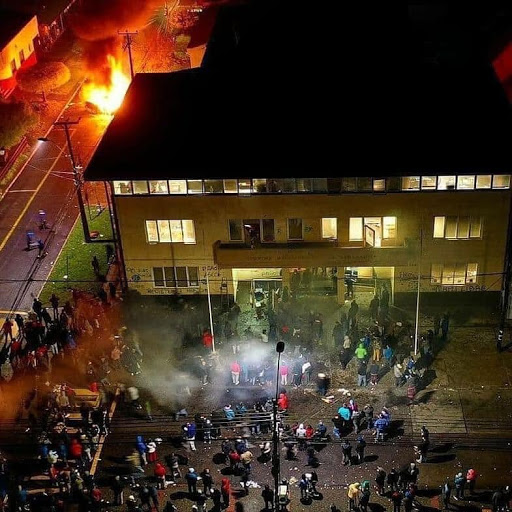